The HDMI type D connector is real small (@6mm wide) and is composed of 19 little wires (actually 18, CEC is not used). Here are some pictures with the original (disassembled) connector from the lapdock: 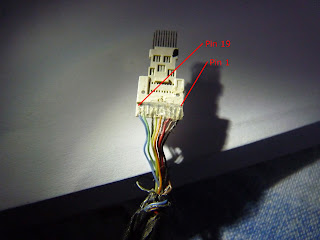 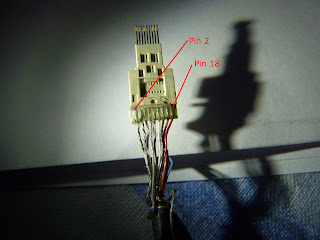 As you can see in the pictures, pin 7 is a GND pin which means the pinout is not compatible with the type A HDMI connector. After searching (and searching) the web for a type D connector pinout, I came across the following one which seams OK. I think the problem is that type D is not an HDMI standard (yet). 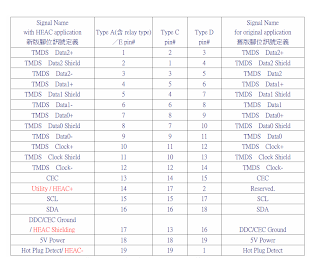 So, the rest of the work is unsoldering wires from type D connector and soldering them to the type A connector. Of course the cable from the lapdock is very short so I had to add some wires to make the little cable longer so I could centrally fit the type A connector. Also the USB cable had to be made longer so it could fit the Pi just right.
After some holes, soldering and gluing into place some hours later, here are the results: 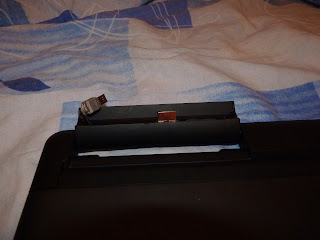 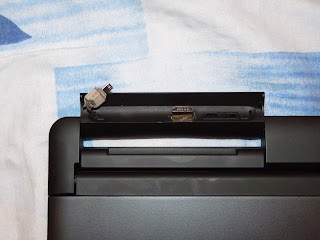 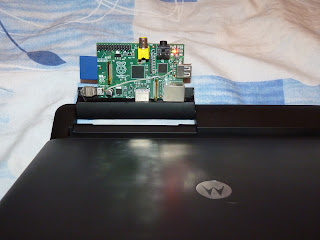 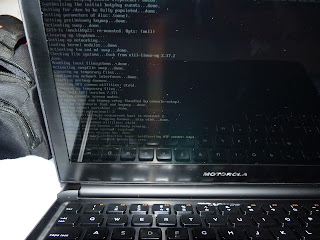 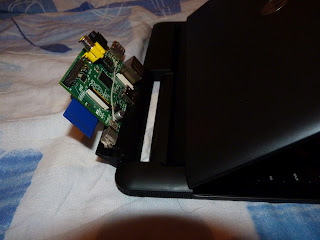 I will soon post about more mods for the Raspberry Pi.
Leave your comments and suggestions below.

Update 17 April 2013:
A lot of people ask if touchpad and keyboard work. Yes they work! But I forgot to mention that you have to get D+/D- wires from a big USB port to the micro USB port. You can notice in the pictures that the dual USB connector is removed (replaced it with a single USB connector) and the second USB has the data lines routed with wires to the micro USB connector.
Posted by tatarandrei at 00:04